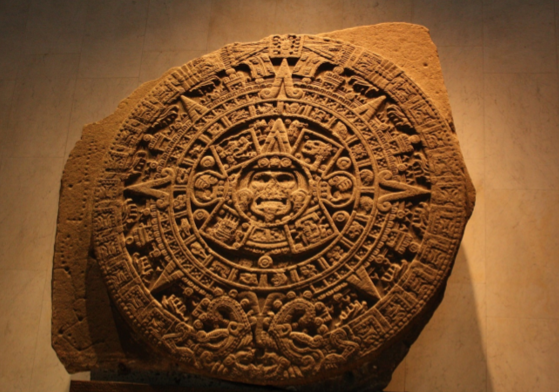 The first in the line of a series of tile-matching, match-3 puzzle games for PC, The Treasures of Montezuma full version is now available to download free of cost from Gamextazy. The classic arcade game has exciting gameplay and mesmerizing visuals that make the playing experience all the richer. The game’s story elements are sure to grab your attention as they play off of the real mystery of the missing treasure of Montezuma.

Image by Steve Bidmead from Pixabay

Developed and Published in 2007 by Russian game development company Alawar, The Treasures of Montezuma takes us on a journey alongside Dr. Emily Jones, an adventurer on an expedition to find the fabled Aztec city. The game takes us through different locations in the mountains of Mexico, starting with the Archaeological Museum in Cancun where we discover clues that were left undiscovered for ages.

As the game progresses, the player follows the lead of Dr. Emily Jones as they solve increasingly difficult puzzles to uncover even more clues to learn about the hidden treasures and artifacts that await them.

The gameplay itself is fairly intuitive as there is a grid consisting of columns and rows of tokens and stones of different colors. The player can swap any one token with one of the four in its immediate vicinity (up, down, left, or right). This must be done to achieve a grouping of either 3 or more matching tokens that will then disappear, and those groupings will then be translated as a score that adds up for that level.

Photo by engin akyurt on Unsplash

In each level, there will be certain tokens that will have, embedded in them, shining gems. The player must seek to primarily make groupings of those tokens so that they can then acquire those gems. At every level, the player must collect a minimum amount of gems to progress onto the next level.

There is another element in the gameplay that the player must consider; the clock. When a level starts, a clock is displayed in the top left corner showing the time within which the player must complete the level. This means that the player must be both quick and strategic with their decisions. The greater the amount of time left on the clock when the player completes the level, the higher the accumulative score gets because the remaining time is translated into points.

You need to ensure that the gameplay stays at a steady pace, and also, you take less time in completing the task, each level has two shuffles that the player can use if they are in a bind. A shuffle effectively reshuffles the rows and columns of tokens such that it may be easier to make groupings. The player also can use a hint if they need it, which, when used, keys the player towards a potential matching grouping.

The sound design of Treasures of Montezuma is as good, if not better, as the visuals the game boasts. The sound of the tokens being swapped, groupings being made, and the score is earned. The voice cues indicating when the player is doing well or has achieved multiple combinations are rewarding.

For each level that the player completes, they are awarded a golden star. These golden stars are then used to buy and upgrade bonuses and totems that can then be utilized within the levels to assist the player by setting off chain reactions that will allow the player to collect all the gems they require before the timer runs out.

As they play through each level, the player gets closer to uncovering the long-fabled Aztec city’s secret origin, wherein Montezuma’s calendar lies, an artifact so prized as it grants its holder the gift of prolonged life.

Image by altazor007 from Pixabay

The Treasures of Montezuma effectively integrates all aspects of gameplay development into one very polished and fun-to-play game. This free game is easy to pick up and get hooked on as it boasts 41 levels across five episodes, bonus episodes, trophies, and a great soundtrack to go with it. You can download the full version of the game for free now on PC from Gamextazy.