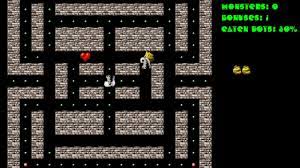 PacMania is an arcade maze game in the PacMan series released in 1987 by Namco. The intention was to make PacMania the final installment of the series, but it was eventually succeeded by Pac-Man Arrangement about nine years later in 1996. You can still download free games Pac Mania from different sources online.

If you’re familiar with the old PacMan gameplay, Pac Mania arcade online is no different. The player gets to control PacMan, the yellow creature that eats up the pellets while avoiding the different-colored “ghosts.” As soon as PacMan devours every single pellet, the stage is finished and you move on to the next level. Like the old PacMan game, the large pellets in the corners give PacMan the ability to eat the ghosts.

So, what are the differences between the first PacMan game and the new Pac Mania arcade games? In PacMania, PacMan has the ability to jump over ghosts to evade capture. If you advance to the game far enough, you will be introduced to two new ghosts who also have the ability to jump. Here’s the catch: PacMan can jump over the green ghost, but can’t jump over the gray one. Red and green power pellets will be available in some stages causing PacMan to increase speed (green) or points (red).

PacMania has four worlds, each different in its design. These are:

PacMania was first designed for the Namco System 1 arcade system, but it was later ported to different consoles such as the Sega Genesis, Sega Master System, and Nintendo Entertainment System. However, you can find a Pac Mania download that is compatible with Windows PC using emulators. There is also a PC Pac Mania download trial version and some that offer Pac Mania free games directly on their websites.

Whatever Pac Mania download you choose, be sure that it’s secure and follow the instructions to the letter.